It’s difficult starting out blog posts, I’ve probably said it hundreds of times. But once the ideas and feelings soak through me, it pours out like ocean waves: sometimes gentle, and other times more intensely.

I guess that’s who I am: gentle, but intense.

I’m a lot of things. I have good qualities, bad qualities, likes, dislikes, dreams, fears, hopes, visions of how things can play out, and the will to keep going. Somehow, someway, it’s what I do, I just keep going.

You would’ve known this if you had sat with me, face to face.

You’d probably laugh hard at this, but you would’ve found out that my first celebrity crush as a 9 year old was little Anakin Skywalker in The Phantom Menace. I think I watched that movie 3 times in the theaters, just to swoon over that kid as he flew in the podracer. I couldn’t make this shit up if I tried, seriously. Ask my aunt, she likes to poke fun at me for it. She has a lot of stories that she loves to gush onto new people that come into my life. You would’ve heard the stories.

You would’ve found out that I sing. Not just sing in the shower, but actually SING. I’ve been singing since I was 5, and I knew it’s something I wanted to make a career out of. Granted, that hasn’t happened (yet), but I pour my heart into it because it’s the one thing that brings me peace and comfort. You would’ve heard me, and I would probably be shy at first, but then get comfortable around you, and I would be like a songbird while hoping you wouldn’t get tired of it.

I love telling this story, I consider it my “ice-breaker” story. You would’ve heard it, if you had sat down with me. In 2010, I adopted my cat, Margot, from the lead singer of Hoobastank (Doug Robb). Everyone knows who they are, and they’re usually quite surprised. And yes, we’re friends. We’ve got each other on Instagram! If you needed proof, you could’ve looked at my followers list. You could’ve.

You would’ve learned that I actually do love video games, my favorite being Legend of Zelda. I know that’s broad, but I guess I could say Ocarina of Time, A Link to the Past, and Windwaker are my favorites among the title. You’d learn that phone games usually bore me, but I really love Marvel Strike Force. Maybe you would’ve laughed and wondered when I’d get bored of that one.

You would’ve found out that I can’t sleep in silence. The silence is deafening to me, and I actually have a little white noise sleep machine to fill my room when it’s bedtime. A fan will do, too.

You’d figure out eventually that I have a passion for writing; be it songwriting, poetry, blogs, etc. I guess you’ll find out once you read this post, and may discover other things if you linger on the rest of my blog. Writing is my escape. It’s the language to what lies inside of me. I have dozens and dozens of journals, mostly filled up with pages of poetry and songs I’ve yet to turn into masterpieces. I love buying a fresh notebook and starting from scratch. I haven’t had the inspiration to write lately, I do get writers’ block from time to time. I suppose the inspiration has returned since I’m writing this.

You’d find out that I wear special earbuds to concerts to prevent hearing loss, because I’ve been to so many concerts throughout my life without them, and my hearing kind of sucks at times. I would drag you to concerts so you could finally hear the music that moves me. And maybe, just maybe, you’d take a liking to it, too.

You would’ve learned that I love Snickers and Kit Kats, but hate Almond Joys and Milky Ways. You’d see all the different ways I drink black coffee, lattes, iced coffee, and yes, the occasional frappuccino because sometimes we have to let our basic bitch flag fly.

You would find out sooner or later that I actually hate shopping at the mall most of the time. I can never find jeans that fit my 5’2″ height and small waist. It’s really annoying, honestly. But you’d soon find out my love for online shopping. You’d also discover that Target is my happy place and is a void that sucks me in and 5 hours later I come out with shit I don’t need and would probably end up returning 15 minutes later. You’d make fun of me, but that’s okay. I don’t blame you. You’d find out the funny face I make when I smell an unpleasant candle and how one of my best friends purposely makes me smell things just so he can laugh at my reaction. He’s suggested I make my own Youtube channel just for those reactions. You would’ve liked my friends, they’re so amazing. I think they would’ve liked you, too.

You would’ve found out more things that go on inside my mind; things that I’m not ashamed to share, but still have a weight on the words that leave my lips. I would’ve told you that life growing up was difficult, I think you could sympathize with it and even relate in some part. You would’ve learned about childhood/teen traumas, how depression crept into my life and still lives in me. I would tell you all profound things I’ve learned since I got my Borderline Personality Disorder diagnosis in 2014. I would tell you that I’m not a monster, and to not google the disorder because people say mean things about us Borderlines. After all, it’s different for each person. I would tell you how it is for me, what my triggers are, and how I cope and handle the intense waves that strike me. I would hope that you would believe me and put faith in what I have to say. I would tell you how relieved and lucky I feel to have a supportive therapist and medication that helps me. I would tell you that somedays are hard for me, but I prevail anyway. I would tell you how compassionate and understanding I am for people who are mentally ill because we’re so stigmatized and it’s just not fair. You would’ve known that I’m human and make mistakes, and I have a sick brain sometimes, but maybe you would understand and accept me for who I am and tell me I don’t need to prove myself. I would’ve smiled and felt validated.

I would’ve felt comfortable talking to you about my anxieties and paranoid thoughts that pass through my brain. I wouldn’t feel judged by you. I’d hope you know that I would never judge you either. I would’ve loved to listen to everything you had to say. I like listening to people. I’m told by many friends that I should be a therapist; you would’ve found that out too, if you had sat with me.

You see, I would’ve really enjoyed sharing my life with you. I think it would be a great adventure. Sure, scary and uncertain… But isn’t that what life’s about? And if we don’t play, or try, or take a risk, or be vulnerable with what’s truly in our hearts, then really… what IS life? Being vulnerable and lowering our guards to allow something new to enter is terrifying, I know. I’m the queen of building my walls so high. But with you, something was different. I had already felt those walls slowly coming down. I hadn’t bothered with anyone since my abusive relationship, but I decided to put my chips on the table and push them in a new direction. Life, love, trust, fear, happiness… It’s all a gamble. I’ve never been good at gambling, but I wanted to try anyway.

…if you had just sat with me tonight. 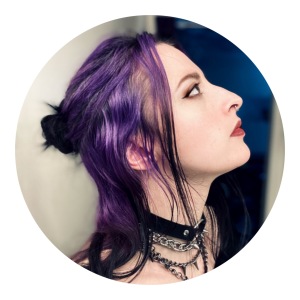