I’m a shadow in the dark,
trying to put it back together,
as I watch it fall apart.

I stood in the pitch black darkness. I was staring into the pacific ocean, on the Salt Creek beach in Dana Point, where I (mostly) grew up. I had just finished saying goodbye to yet again, another house where I spent most of my teenage years in in- my best friend’s house.

I’ve said too many goodbyes, you’d think I’d be used to it by now, but I’m really not. Every goodbye feels different from the last. I simply can’t numb myself enough to disconnect from the farewell. The departure of something/someone I love and care about is a pain that’s so lonely and helpless… it’s hard to describe.

But as I stood there in the wet sand, watching the black and white waves rise and fall––washing over my feet and ankles, soaking my jeans that I attempted to roll up––it felt like I was saying goodbye to so many other things besides that house. I couldn’t clear my mind completely, I don’t know what was hindering my thought process. This beach was my getaway, my safe place, the solace I ran to when I couldn’t handle the noise of my reality anymore. I could always go to THAT spot on the beach, my secret spot, and get swallowed up by the ocean air and hazy sky. It’s not just a beach… no, it was a sanctuary of sorts for my spirit. My favorite time to go was right as the sun began to set, and the whole beach turned into a dark blanket with sparkling tear drops that glistened across it. I returned there tonight as the diamond sky and endless ocean invited me in.

The sound of the ocean filled my ears, and I couldn’t hear much else, not even my thoughts which is nearly impossible to do on my own. I skimmed my feet along the shore, looking straight up, trying to observe all the stars that I vaguely knew because my first boyfriend was so passionate about astronomy. Then with my eyes fixed on the night sky, I felt helplessly alone. I looked to my left and right, and there was nobody around. I saw a faint bonfire in the distance, but that was practically a different world from where I was. So there I was, buried in the fog. My only friend was the ocean and the  sky.

Bits and pieces of my life funneled through my mind like a film strip. Except… there was so many missing memories. Gaps in the film that played in my mind. Why couldn’t I recall most of my childhood? It’s as if my memory was wiped clean. It really distressed me, and tears began flooding from my eyes. I tried and tried to remember things that weren’t told to me, I was trying hard to view my world through the eyes I once looked through as a little girl. It was all white noise and static. Only memories from more recent years came into my mind. I tried to go back to her, but she wasn’t coming when I called for her.

Am I really forgetting my life? Is this what letting go is? Am I abandoning myself?
I was confused. I still am.

I feel impossibly alone. My own inner child left me. Now I’m just a shell of what I was.

…but she is nowhere to be found. Only static. More and more static.

I just don’t know anymore. I’ve always been so confused and lost, I thought maybe the feeling of helplessness and confusion would end by now. If anything, it’s gotten worse. And I feel like everyone around me is just telling me there isn’t this gaping hole in the ground and that I’m not trying hard enough to jump across it. But every time I attempt it, the hole grows bigger and swallows me whole. The bystanders look down at me, still saying I’m not trying hard enough. Then they turn around and walk away, leaving me to pacify myself.

I have handed out my trust to people who are not deserving of it like a person handing out useless pamphlets on the street. People will take it, but toss it aside as it flutters to the ground. Some people crumple it up and throw it in a trash can. That’s how I feel inside, like I’m just a piece of worthless trash who is never thought of again… just simply thrown into the garbage island that sleeps in the ocean, and feel no remorse for littering my trust.

I’ve been trying to seek something out that will piece me back together, but every time I try, the pieces rattle and fall to the ground. It’s like holding a Jenga tower while balancing on a tight rope. How do you keep yourself together with everything you could ever need? Will I always feel this incomplete? I feel like I’m floating away. The Jenga pieces fall away into the unknown, never to be seen again. I don’t know what I should be looking for. Frankly, I’ve been too tired to try anymore. I feel my old friend Depression making its presence obnoxiously known. It’s always there in the background, but now it has come to embrace me in a hug that no one wants. I didn’t consent to this, why doesn’t it listen to me when I say no? My strength seems to deplete, and I eventually just give in and let it consume me.

And as I stared out into the endless darkness, I silently begged for an epiphany. But there was no answer. The ocean, the stars, the sand, and the wind had no advice for me this time. I remained in tears. I said goodbye and walked away.

I walked along the beach back up the hill, and there was a little girl trotting around in the sand, and she climbed up into a lifeguard tower where she joined her dad. Still no answers from the atmosphere around me. No answers within me. No inner child calling for me. I kept walking, tears still rolling.

I’m calling someone/something for answers, but all I get is a dead signal.

I hope the reception returns soon. I don’t want to keep saying goodbye. 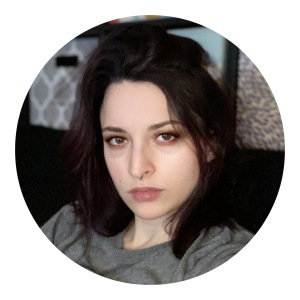