My cup is neither full nor empty. The vessel itself is cracked, therefore nothing really stays inside.

Since the accident, I’ve felt even more incomplete than normal. Nothing seems to just stay inside and warm me up. My thoughts are jumbled or blank. I have nothing much to say. Everything feels like a void.

I sleep to escape. I sleep to self-soothe. I sleep to avoid being consumed by the void. I sleep to pass the time until something I find worthy of my consciousness comes along. Then I’ll sleep some more when that “something” decides to disappear. At least when I’m asleep, nothing hurts.

It’s the cinderblock that rests on me, hindering me from moving. My therapist asks if I associate a color with it, and for some reason I see this fuzzy dull light yellow. I know what you’re thinking, “But yellow is a happy color!” Not this shade of yellow. I don’t wear yellow for a reason. And maybe it’s my subconscious that steers me away from yellow things. Maybe it’s the color of innocence, and maybe that’s why I don’t understand or connect with it… Because my innocence went away long ago.

I’m trying to find ways to avert my attention away from it, for it holds me inside its ghastly yellow prison when I give into it. I used to read so much when I first moved back home to LA. I’ve been thinking of diving back into it. It’s hard for me to focus entirely on one thing. Work consumes me, and when I’m not working, I’m just tired and want to sleep. See? Endless cycle. Just trying to escape my reality. Maybe books can help me with that again.

I wish I could see my therapist more than once a week. When I was 18 (2008), I saw my first therapist several times a week. When I was 20 (2010), I saw my 2nd therapist twice a week. After I was discharged from the hospital in 2014 (I was 24. My age is easy to figure out, I was born in 1990), I was in an IOP (Intensive out-patient) group therapy 5 times a week. It was nice seeing the same faces every day for two hours and talking about what we needed to talk about. I did that for a month, I wish it was longer.

Sometimes I get the idea to write a book, but I’m not very good at telling stories. I write poetry and lyrics, but I don’t share them very often. I have notebooks full of them.

I do have a lot of ideas, but sometimes they just decide to disappear and go on vacation on another planet, into another mind. And then my vessel of a body is abandoned and nobody is home. So all the ideas come seeping out of the cracks…

I often think of the broken pottery art called “Kintsugi” that the Japanese created. Instead of disposing of broken pottery, they repair it by fusing it back together with lacquer dusted or mixed with powdered gold, silver, or platinum. They see the flaws/damage/breakage as part of the pieces’ history, rather than something to dispose of or hide. The “flaw” is illuminated, it’s considered a point of pride, something beautiful.

Will I ever bond the cracks within me with gold? Instead of losing myself in vain, can I repair the broken vessel that is my soul? Can I make myself whole again?

I guess I need to look for some more precious metals. 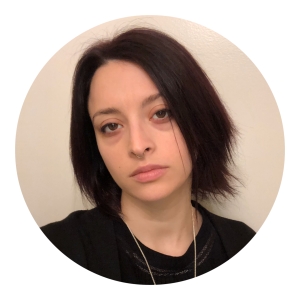